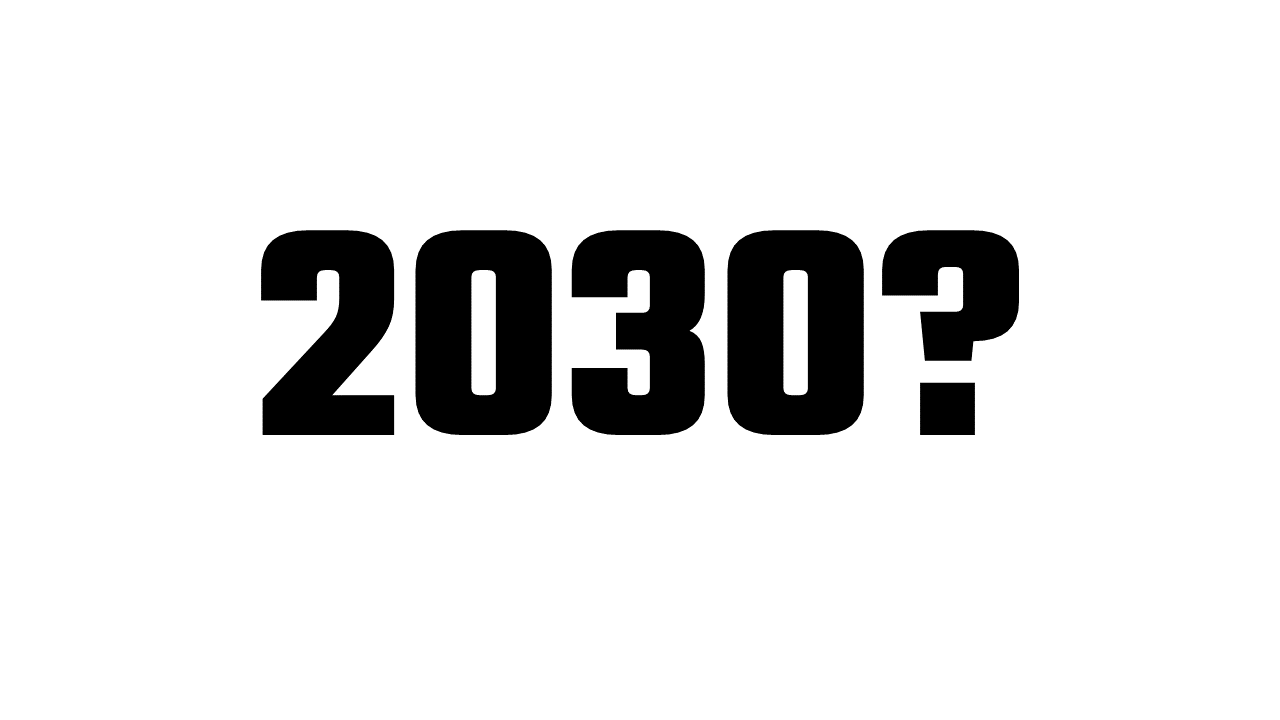 I recently gave a talk titled “Digital Marketing in 2030.” I love futurism. And I love digital marketing. That is why it was such an exciting topic for me to talk about and I wanted to share a few key takeaways here as well. 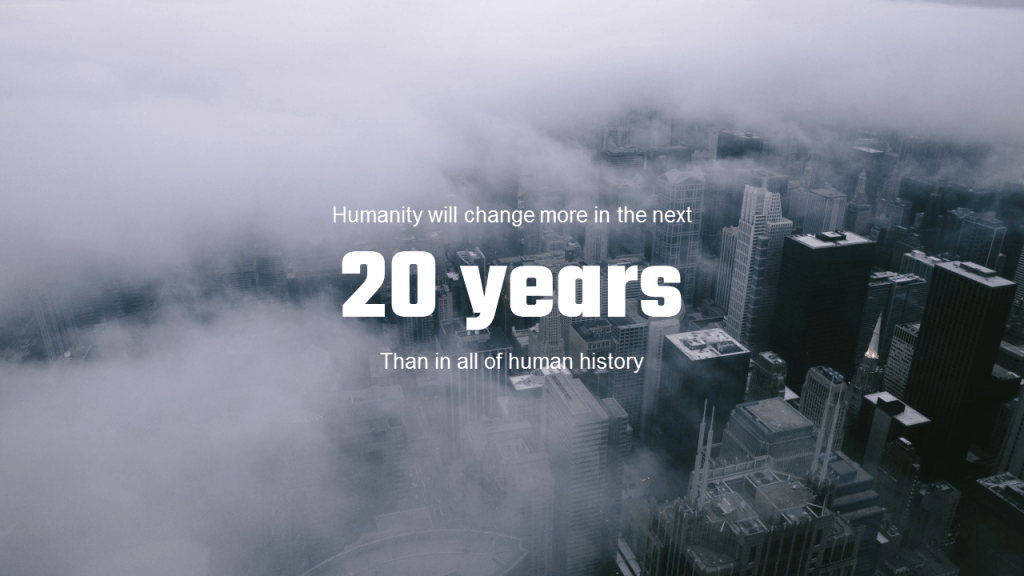 “Humanity will change more in the next 20 years than in all of human history.” 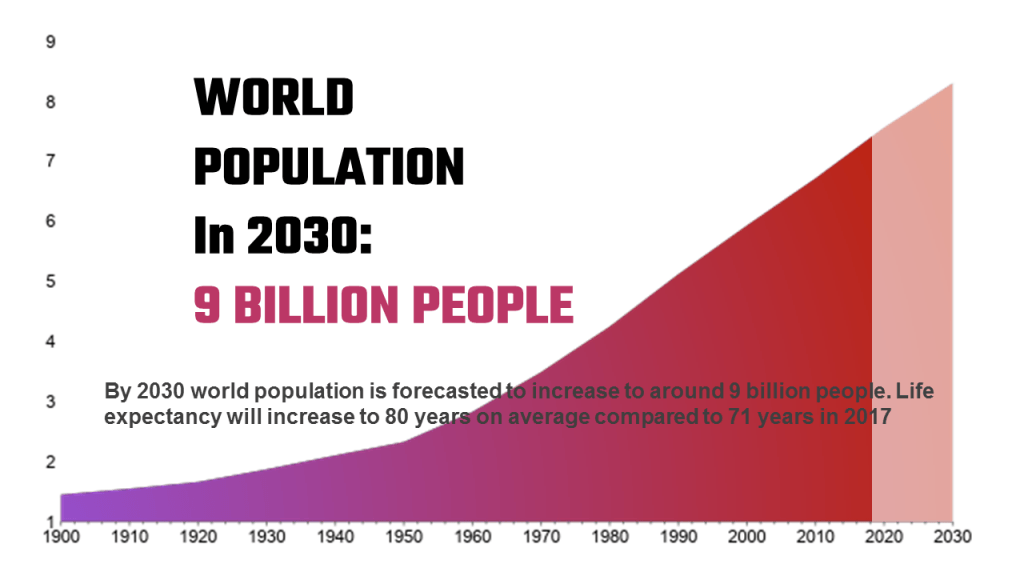 World population forecasted to reach 9 billion. Global Life Expectancy will increase from 71 to 80.

We will live longer. This is mostly due to improvement in the health services and technology, as well as in continuing reductions in fatalities due to cancer, HIV/AIDS and other illnesses. It is projected that India will surpass China as the most crowded country in the World. Most of the population growth will come from poorer countries. 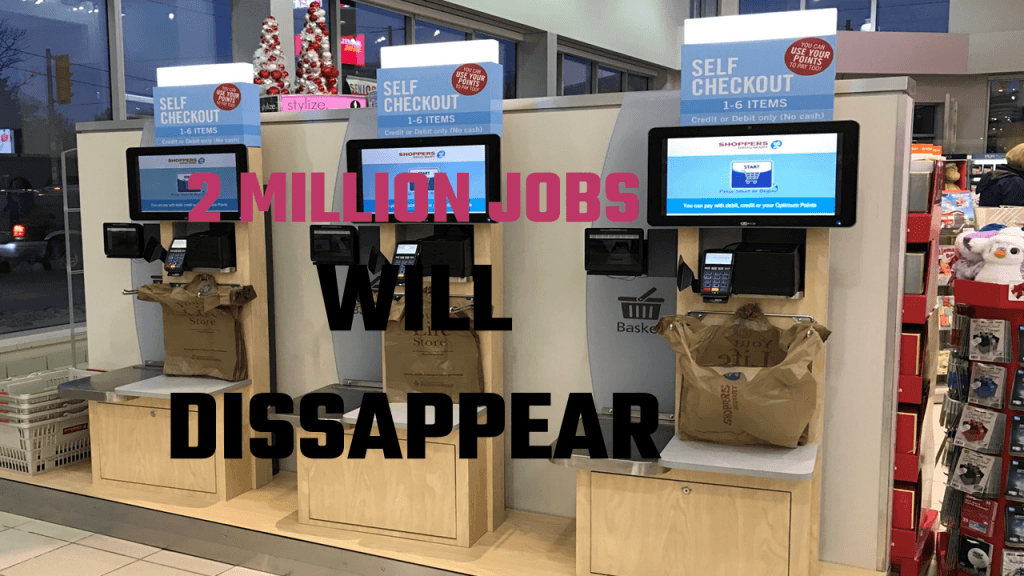 Over 2 billion jobs will disappear globally

Mainly cashiers, accountants, taxi drivers, teachers, police, judges, security guards, and lawyers, doctors, most at risk of being replaced by robots. No industry is safe and nobody’s job is safe. 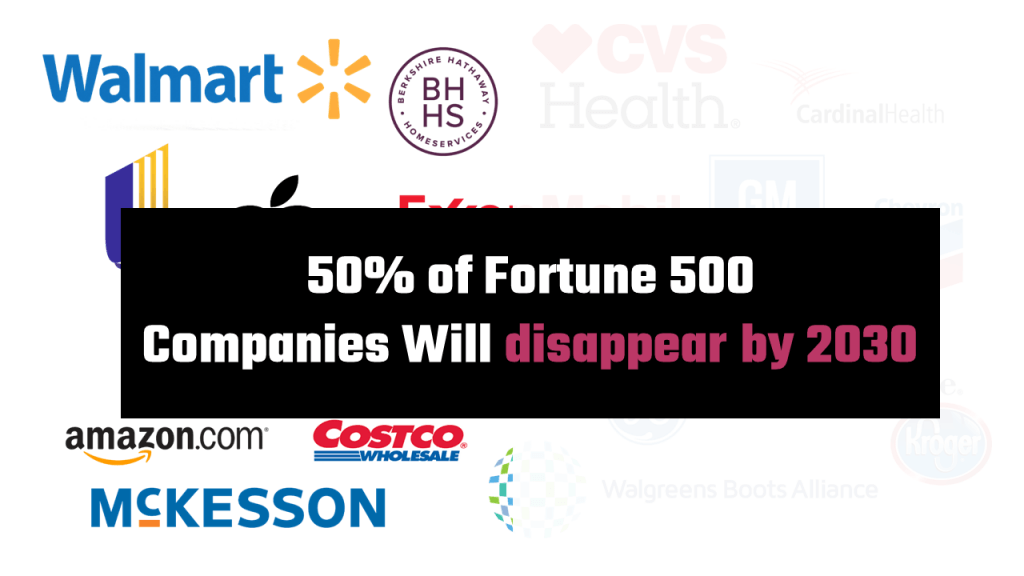 Over 50% of today’s Fortune 500 companies will disappear, mainly because of the automation and changing needs. 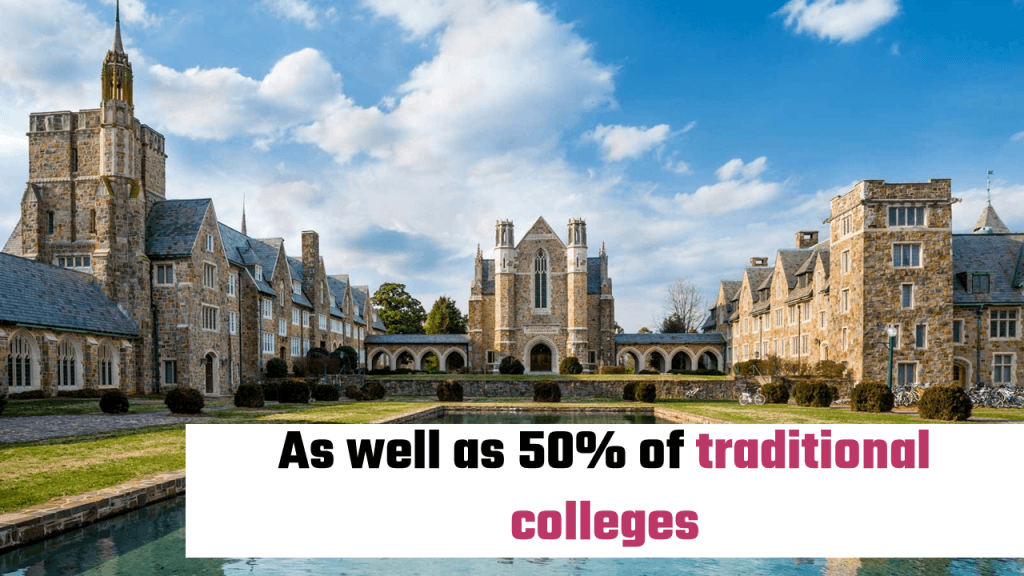 Over 50% of traditional colleges will be replaced by either online learning or LMS. 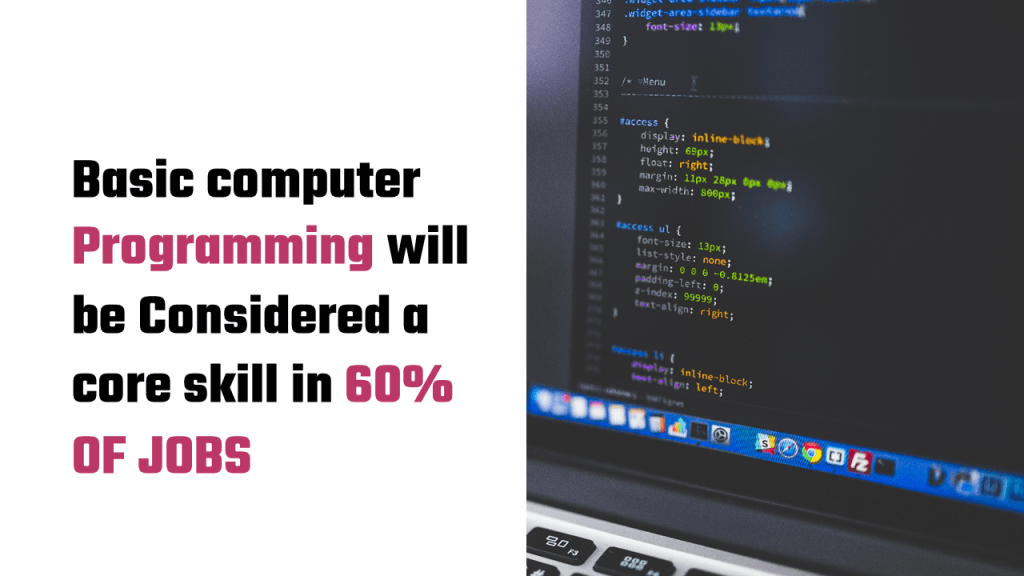 Basic Computer Programming will be considered as a core skill required in over 60% of all Jobs. 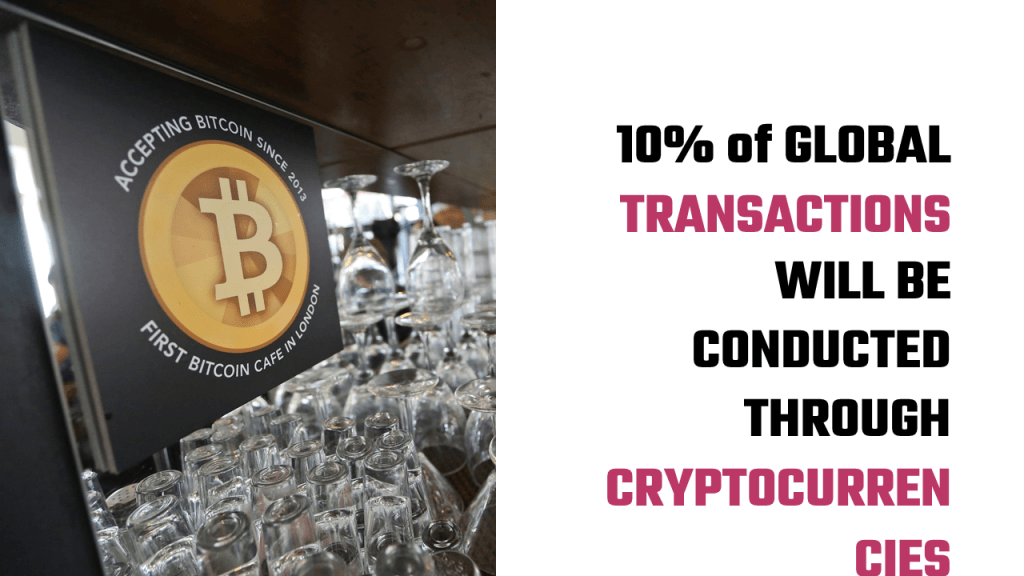 Over 10% of all global financial transactions will be conducted through Bitcoin or other cryptocurrencies. 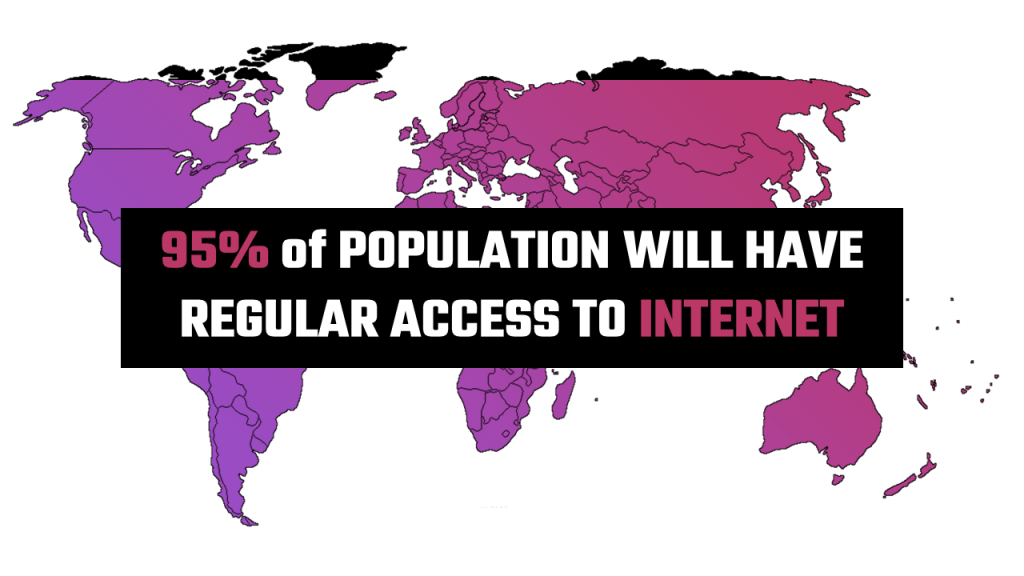 95% of the population will have regular access to the Internet 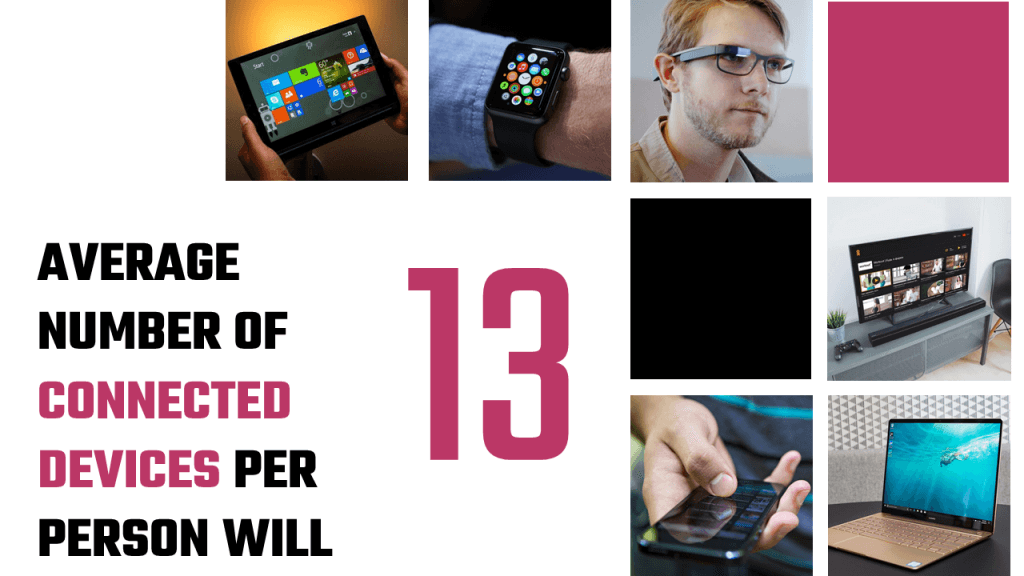 The average number of connected devices per person will be 13 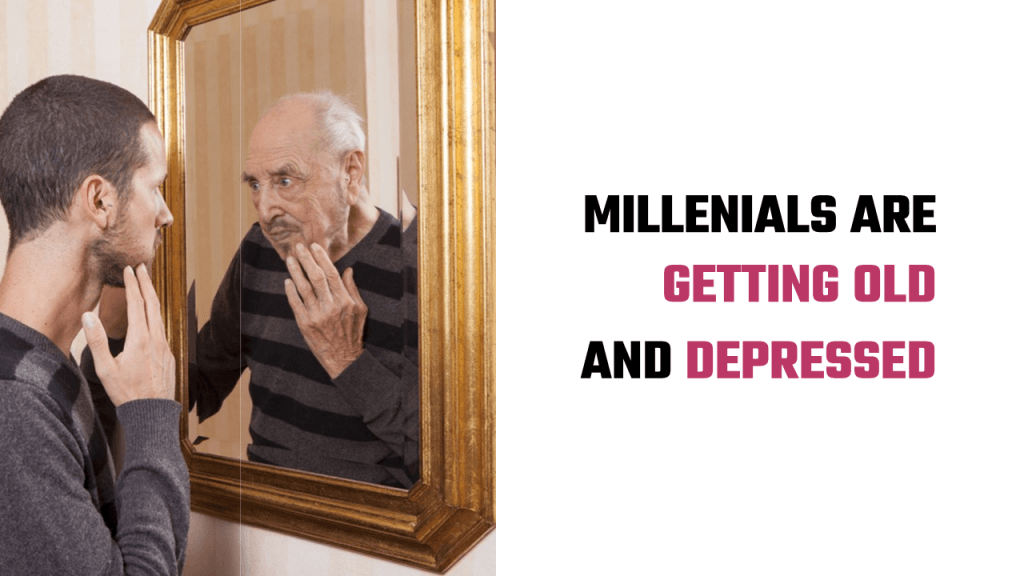 Millennials are getting old and depressed.

First representatives of Millenials are “old” now and going through the middle-age burnout. 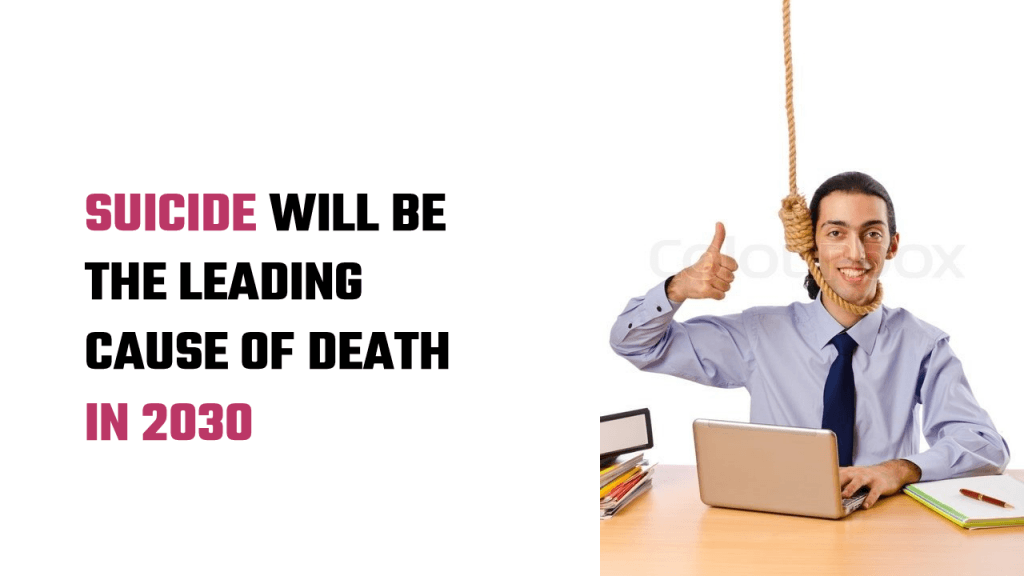 Suicide is the Leading Cause to Death Now

Yoga, Guided Meditation, Religion will be very big industries. Marijuana will be legalized in 50% of the world.

So, we now have a profile, that there are more people on the earth, they live longer and healthier, most of their physical problems are solved, but now have even more emotional problems. They are always connected on every platform. 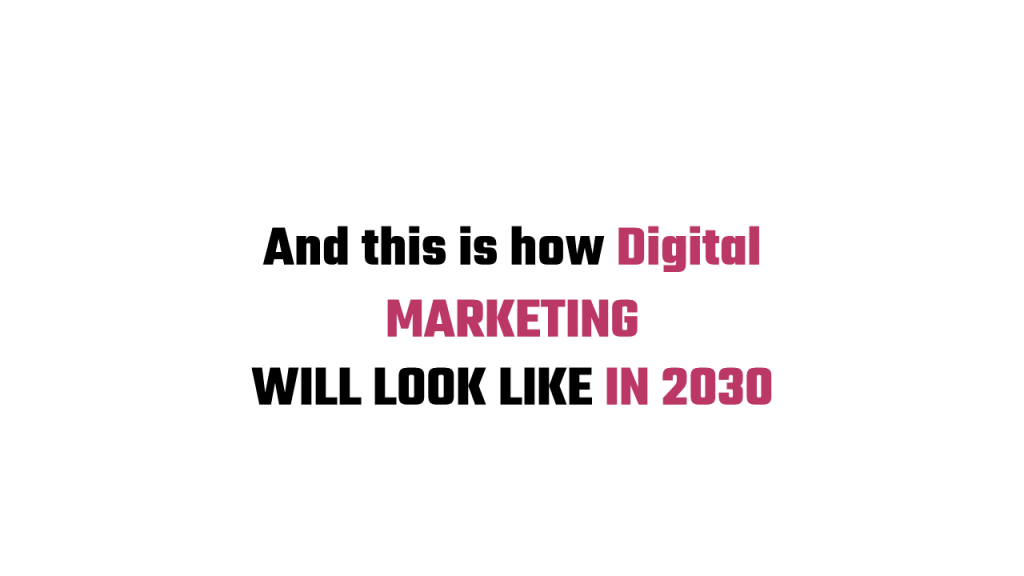 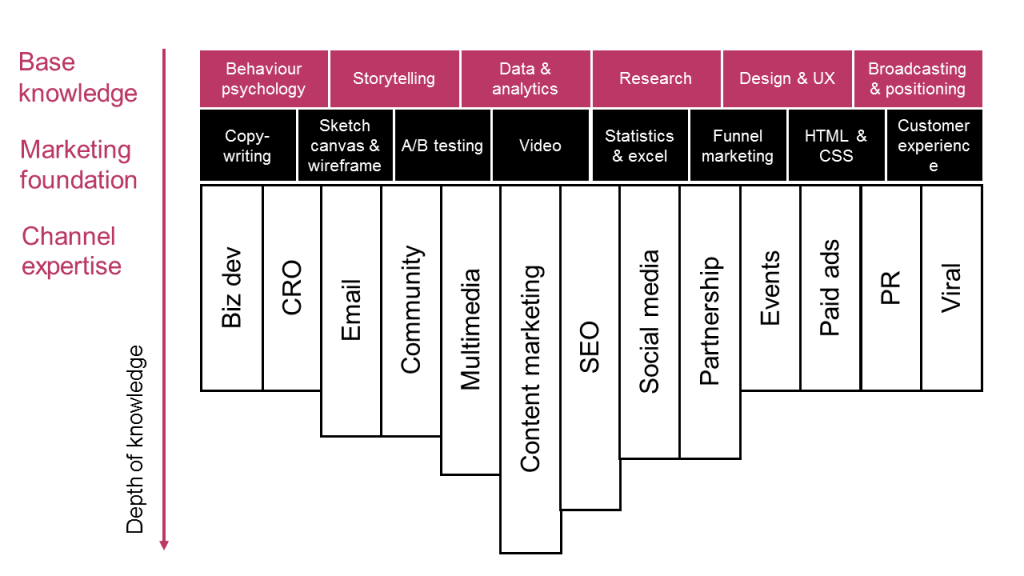 Robot-Proof  -So while everyone else’s job is getting automated by robots, marketing jobs are safer — for a while at least. 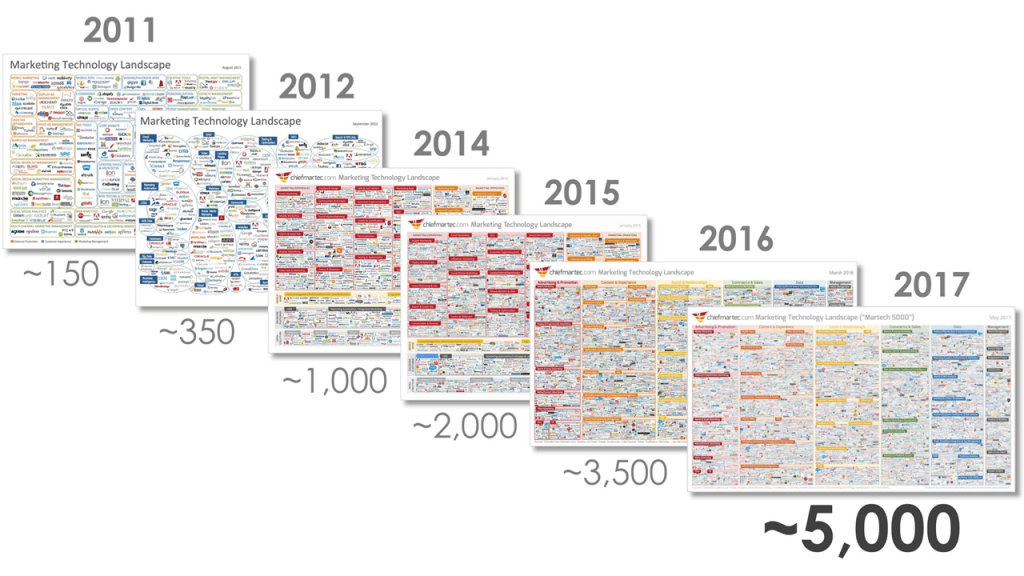 The complexity of modern digital marketing is only going to keep increasing. 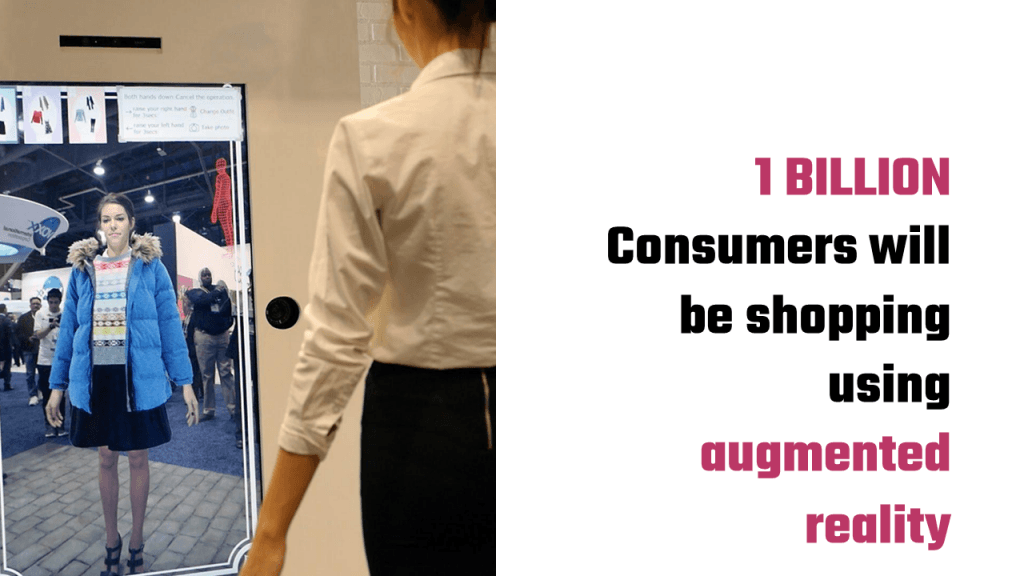 1 billion consumers will be shopping in augmented reality. 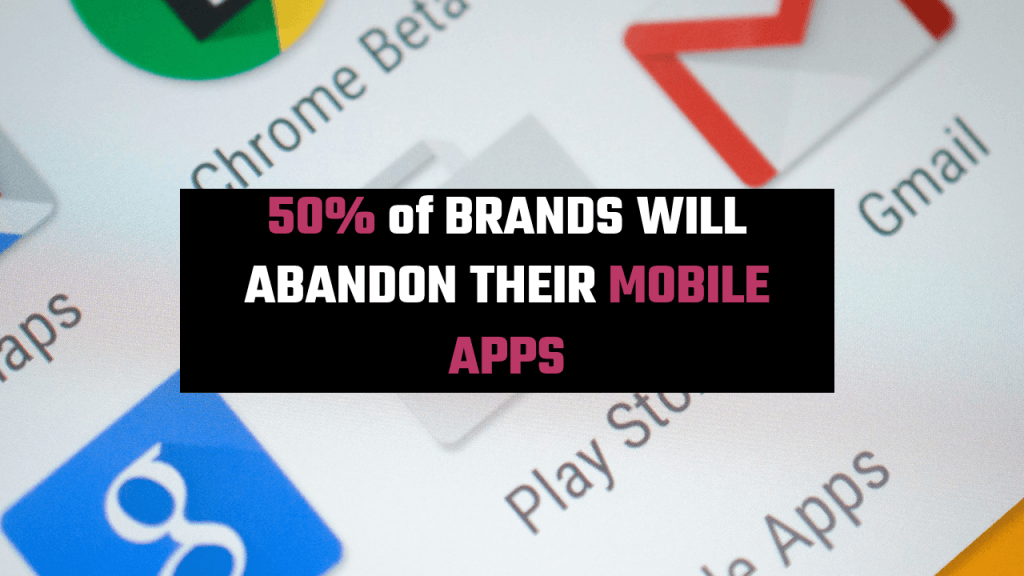 50% of brands will abandon their Mobile Apps 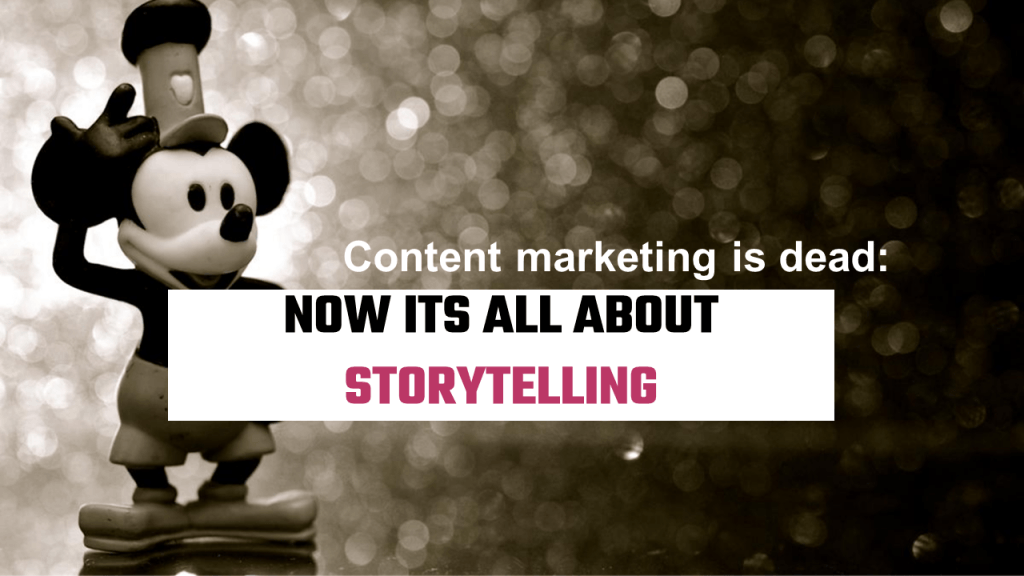 No More “Content Marketing” or “Paid Advertising”. “Stories” and “Culture” will Rule Everything

Culture will still be king. People will continue to care more about culture than products, felt-good stories, so brands that operate on a cultural level will be the winners of the future as they are of the present.

Selling without selling. People will reward brands who tell stories, do good, and punish the ones who don’t. So, in a way, doing good will be good for business. Brand citizenship will move from a defensive, corporate affairs function to a marketing function that drives transactions at scale and creates advantages for companies in the talent wars. 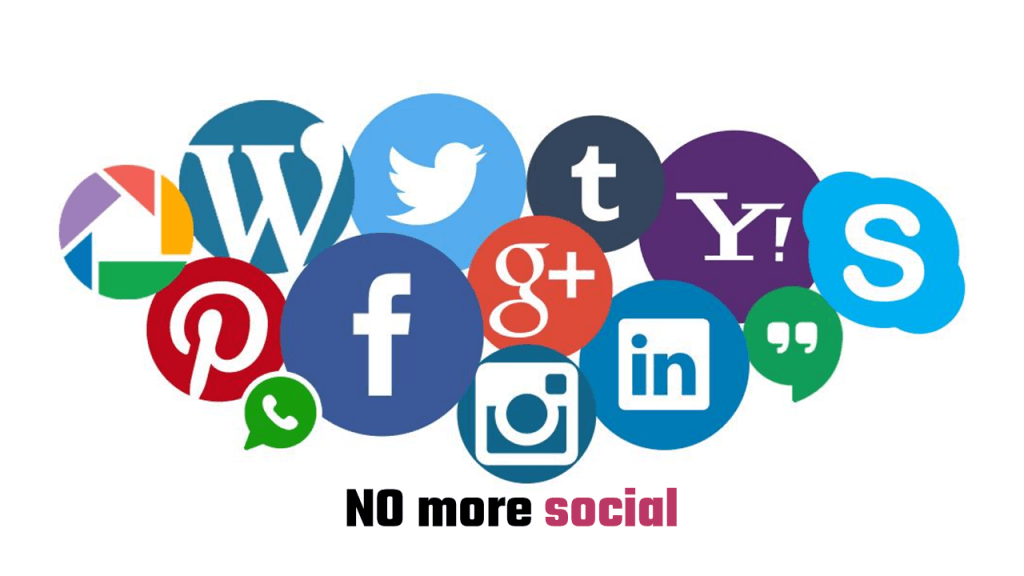 As counterintuitive as it sounds, you know a new medium has succeeded when we don’t talk about it anymore. No one mentions going online because we’re all just always connected. The same is increasingly true of social and I expect we’ll see the full transition over the next five years. Facebook now makes more money on advertising than most of the major television networks and it’s showing no signs of letting up. The fact these are social doesn’t really matter anymore; they’re part of the marketing mix and offer brands the sort of reach they only got a few times a year on television. To that end, social will just be folded into the broader marketing discipline. 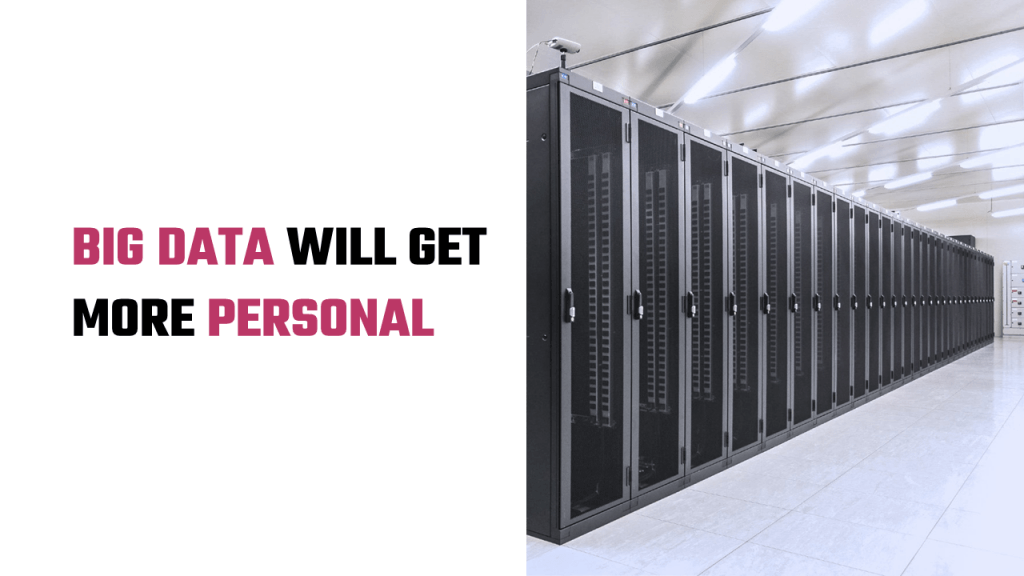 Big data will get personal. 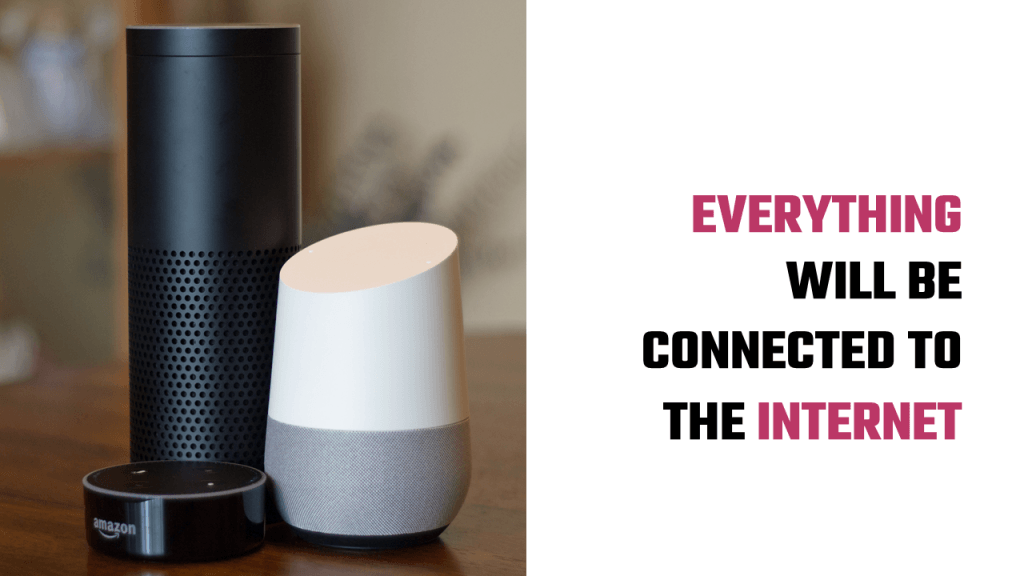 Rise of Video and Video sharing.

People will be watching 4-5 hours of video on average every day. With the rise of mobile, video will be in high demand because people love visual storytelling. 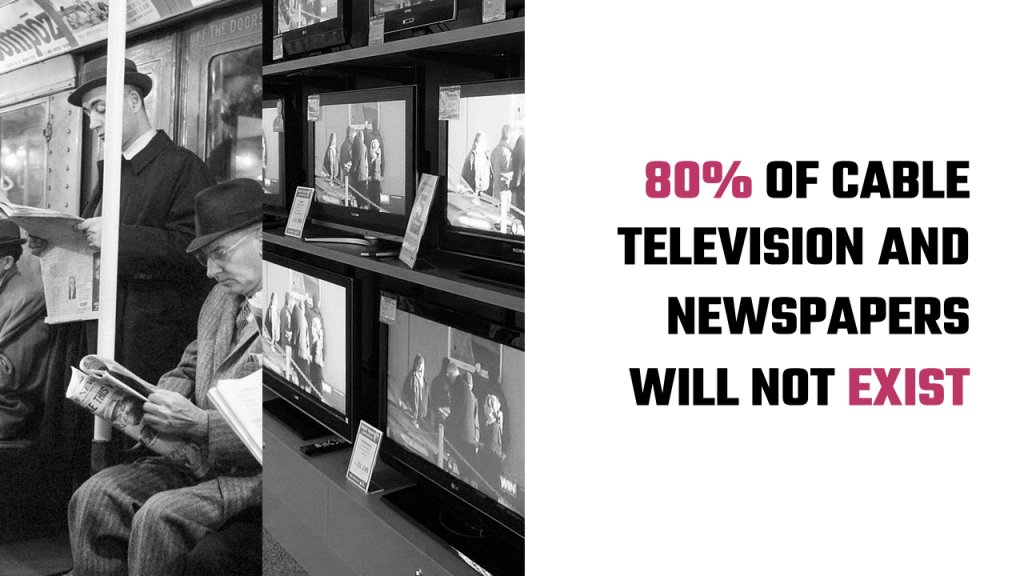 80%  Cable television and of the Newspapers will no longer exist

“You realize that our mistrust of the future makes it hard to give up the past.”
― Chuck Palahniuk

You can view and download the presentation on SlideShare as well.

Digital Marketing in 2030 from Omer Ilyasli